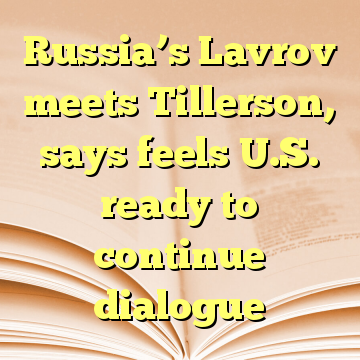 Lavrov, who met U.S. Secretary of State Rex Tillerson on the sidelines of an international gathering in Manila, said the first thing that Tillerson asked about was Russia’s retaliation to new U.S. sanctions against Moscow.

“He was primarily interested … in details of those decisions that we grudgingly made in response to the law on anti-Russian sanctions,” Lavrov said. [ Source (Read More…) ]