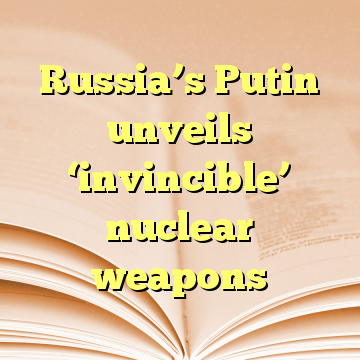 (Worthy News) – Russia has developed a new array of nuclear weapons that are invincible, according to President Vladimir Putin.

Mr Putin made the claims as he laid out his key policies for a fourth presidential term, ahead of an election he is expected to win in 17 days’ time.

The weapons he boasted of included a cruise missile that he said could “reach anywhere in the world”.