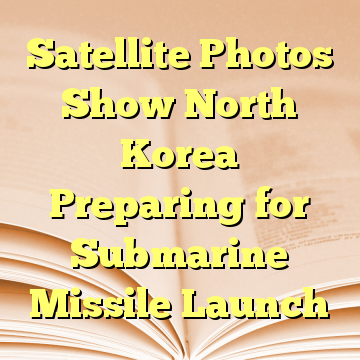 The news comes just days before the Communist country has threatened to carry out a missile test towards US-owned territory, Guam.

Joseph Bermudez is a specialist in North Korean defense and intelligence affairs. He posted the photographs on the authoritative ’38 North’ blog of the US-Korea Institute at Johns Hopkins University.