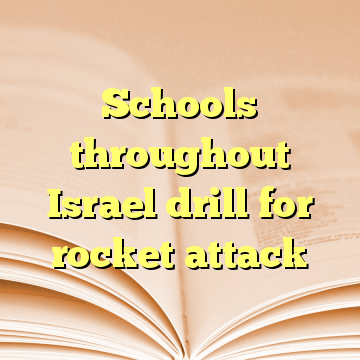 (Worthy News) – Educational institutions throughout the country were set Tuesday to take part in a drill to practice responding to a rocket attack.

In some schools, exercises in search and rescue were also planned.

The exercises, involving the IDF’s Home Front Command, the Education Ministry and local authorities, come amid escalating tensions, as Israel and terrorists in Gaza continued to trade attacks and war with Iran and its Lebanese proxy Hezbollah seeming increasingly likely. [ Source: Times of Israel (Read More…) ]