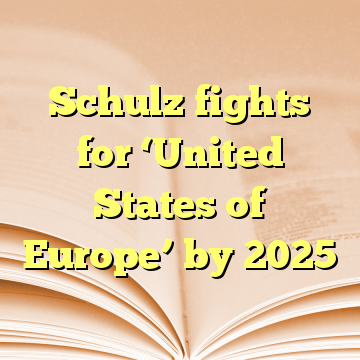 Schulz, the former president of the European Parliament, urged his party to push for the creation of a “United States of Europe” by 2025.

The SPD party congress on Thursday will decide whether the Social Democrats will join forces with Merkel once again, despite fears that the party would not be able to revive itself in the embrace of the Christian Democrats. [ Source: EU Observer (Read More…) ]