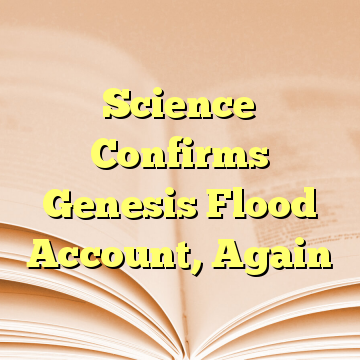 (Worthy News) – For the first time, scientists have corroborated with direct evidence that the Earth has oceans of water deep within mantle by actually recovering some trapped inside diamonds.

While at least three recent studies have found evidence to support the theory, what few scientists are noting is that the discovery of actual droplets of the water hundreds of miles deep below the Earth’s surface corroborates what the Bible said in the Genesis Flood account, note Christians who have been following the latest research.

The latest study by University of Nevada Las Vegas geo-scientist Oliver Tschauner and his colleagues who found traces of water trapped within diamonds pushed up to the surface by intense pressure.

The discovery is being hailed by other scientists as groundbreaking and surprising. [ Source: WND (Read More…) ]