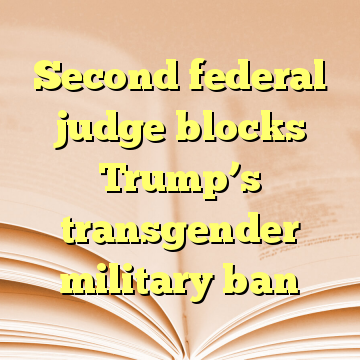 The preliminary injunction was granted to a group of active-duty transgender troops who sued Trump and top military officials in August. For now, it bars the Pentagon and Coast Guard from implementing or enforcing Trump’s August guidance aimed at rolling back the Obama administration’s policy of allowing open service and medical care for transgender troops.

“This preliminary injunction shall remain in effect until such time, if ever, that [it] is rescinded or modified by further order of this court,” District Court Judge Marvin Garbis wrote in the order. [ Source: Washington Examiner (Read More…) ]