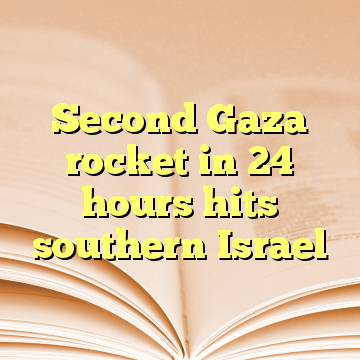 (Worthy News) – A rocket launched from the Gaza Strip late on Sunday night landed in open territory near Israel’s security fence in the Eshkol Regional Council.

In response to the rocket attack, Hebrew media reported that an IDF tank struck a Hamas position in the southern Gaza Strip.

This is the second rocked launched from the Gaza Strip towards Israel in the past two days. [ Source:Jerusalem Post (Read More…) ]