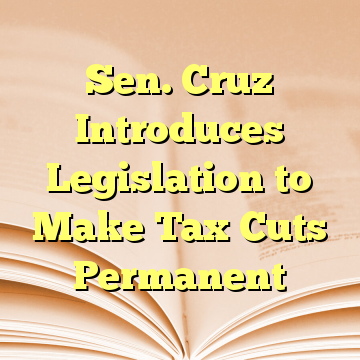 While the corporate tax rate was cut permanently to 21 percent, most of the individual tax cuts are scheduled to expire at the end of 2025. [ Source: Washington Free Beacon (Read More…) ]