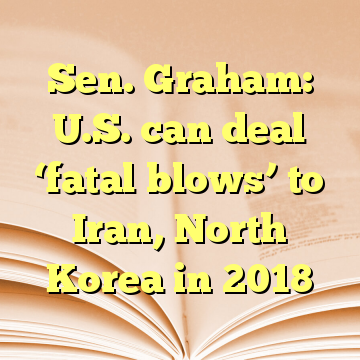 Sen. Lindsey Graham, R-S.C., praised Trump’s foreign policy while appearing on CBS’s Face the Nation on Sunday, stating Trump’s handling of the situation could send a message to North Korea.

“Now, the Iranians are watching the way he engages with North Korea, and vice versa,” Graham said of Trump. “So, we’ve got a chance here to deliver some fatal blows to really bad actors in 2018. But if we blink, God help us all,” he said.