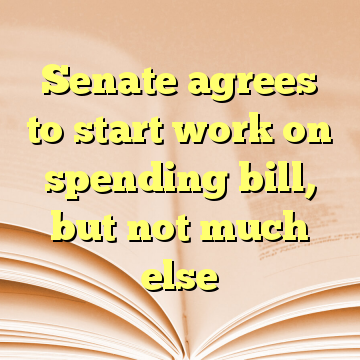 (Worthy News) – The Senate voted late Thursday to start work on legislation to fund the government until Feb. 16, which passed the House just hours earlier.

“We want to move forward, we want to do something,” Minority Leader Chuck Schumer, D-N.Y., said before the vote.

But it might be all they agree on. Republicans are hoping to approve the bill that would avoid a partial government shutdown and extend a popular children’s health program for six years. [ Source: Washington Examiner (Read More…) ]