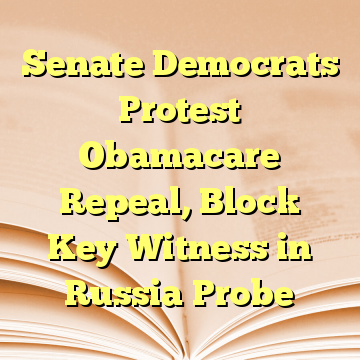 Bill Browder, the CEO and co-founder of Hermitage Capital, was set to tell the Senate Judiciary Committee that the co-founder of the firm Fusion GPS was hired to conduct a “smear campaign” against him. Further, he planned to testify the campaign was orchestrated by Natalia Veselnitskaya — the Russian attorney who sought the highly scrutinized Trump Tower meeting with Donald Trump Jr., Jared Kushner, and then-campaign chairman Paul Manafort in June 2016.

“Veselnitskaya, through Baker Hostetler, hired Glenn Simpson of the firm Fusion GPS to conduct a smear campaign against me and Sergei Magnitsky in advance of congressional hearings on the Global Magnitsy Act,” Browder wrote in his prepared testimony, adding that the firm helped to organize a Washington D.C.-based premiere of a “fake documentary” about Magnitsky and himself. [ Source:Fox News (Read More…) ]