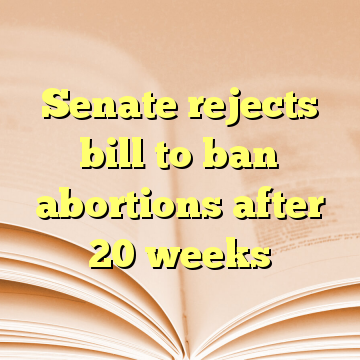 (Worthy News) – The U.S. Senate on Monday blocked a bill that would have banned most abortions after 20 weeks of pregnancy.

The Pain-Capable Unborn Child Protection Act, sponsored by Sen. Lindsey Graham, R-S.C., and backed by President Donald Trump, would have imposed a penalty of up to five years in prison for those who attempted to perform an abortion after 20 weeks of pregnancy. The woman getting the abortion would not be punished.