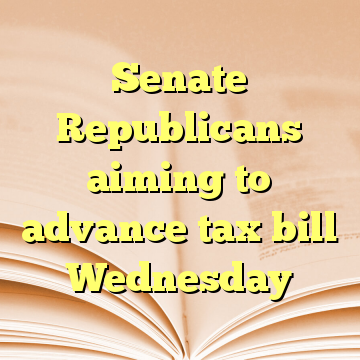 (Worthy News) – Senate Republicans on Wednesday plan to advance a $1.4 trillion tax cut bill by voting to begin debate on the measure that looks likely to pass in the coming days.

Senate Majority Leader Mitch McConnell, R-Ky., adjourned the Senate Tuesday night without setting a firm time for the vote. But Republicans said the plan was to vote on a motion to proceed to the bill Wednesday.

But Republicans were still making changes to the bill Tuesday to shore up enough support for final passage of their tax code overhaul, even after they got a boost when two GOP holdouts helped advance the bill out of the Senate Budget Committee. [ Source: Washington Examiner (Read More…) ]