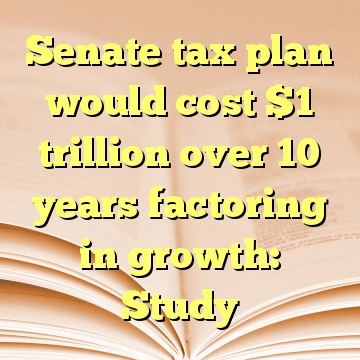 (Worthy News) – The Senate GOP’s tax-cut plan would result in modest economic growth in the coming decade that would shave about $400 billion off its $1.4 trillion price tag, according to a report from congressional scorekeepers released Thursday.

The proposal would boost economic growth by about 0.8 percent on average over 10 years, but the positive budgetary effects would be partially offset by higher interest payments on the federal debt, according to the Joint Committee on Taxation (JCT).