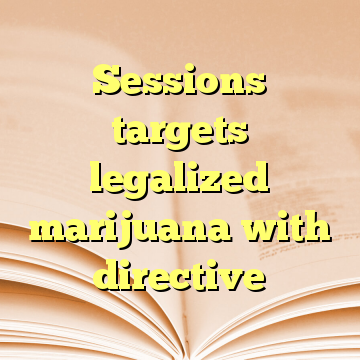 (Worthy News) – Attorney General Jeff Sessions on Thursday rolled back an Obama-era directive saying the federal government should not interfere in the loosening of state marijuana laws.

“It is the mission of the Department of Justice to enforce the laws of the United States, and the previous issuance of guidance undermines the rule of law and the ability of our local, state, tribal and federal law enforcement partners to carry out this mission,” Sessions said. “Therefore, today’s memo on federal marijuana enforcement simply directs all U.S. attorneys to use previously established prosecutorial principles that provide them all the necessary tools to disrupt criminal organizations, tackle the growing drug crisis, and thwart violent crime across our country.” [ Source: UPI (Read More…) ]