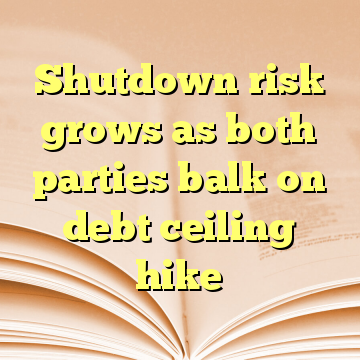 (Worthy News) – Both Democrats and Republicans in Congress are poised to stand in the way of lifting the nation’s borrowing limit next month, increasing the chances of real problems for House and Senate leaders as they try to increase the debt ceiling by an end-of-September deadline.

The House Freedom Caucus, a conservative bloc of more than three dozen GOP lawmakers, has signaled it wants spending cuts in exchange for supporting a debt ceiling increase, but at minimum will push for reforms to how federal dollars are spent as the debt ceiling approaches. [ Source (Read More…) ]