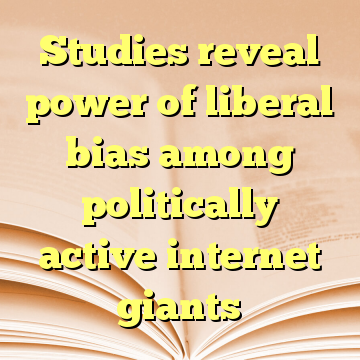 (Worthy News) – Robert Epstein tried a simple experiment in the run-up to the presidential election: running searches on Google and Yahoo for political topics.

Perhaps even more stunning was that men and blue-state residents saw more than double the number of pro-Clinton articles than women and people living in red states, Mr. Epstein, of the American Institute for Behavioral Research and Technology, and Robert E. Robertson, a professor at Northeastern University, argued in a report this year.

“The social media companies are the gatekeepers,” said Frank Foer, a writer at The Atlantic and former editor of the New Republic who has authored a book on social media’s power. “Whatever choices these companies make to elevate or bury information is very powerful and will have a big impact on what people read.” [ Source: Washington Times (Read More…) ]