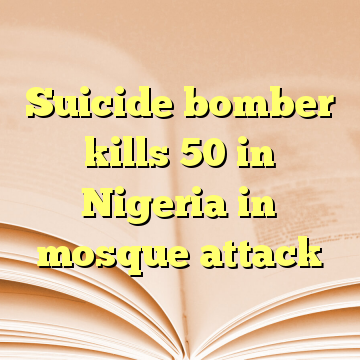 (Worthy News) – A suicide bomber killed at least 50 people in northeastern Nigeria on Tuesday (November 21) in an attack on a mosque which bore the hallmarks of a faction of the Islamist militant group Boko Haram.

The bombing in Mubi in Adamawa state was one of the deadliest in Nigeria’s northeast since President Muhammadu Buhari came to power in 2015 pledging to end Boko Haram’s eight-year insurgency and attacks by the group on civilian and military targets. [ Source: Jerusalem Post (Read More…) ]