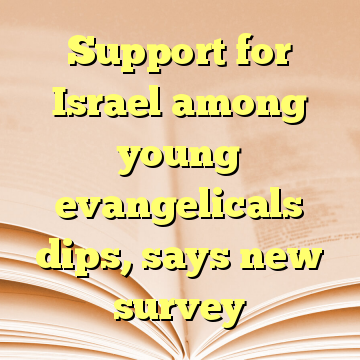 (Worthy News) – A new study has some troubling news for Israel and its supporters, who have come to rely on the political and financial support of the 25 percent of Americans who identify as evangelical Christians.

And while the summary may overstate the case, the survey, underwritten by Chosen People Ministries (which seeks Jewish converts to Christianity), shows that young evangelicals are less supportive and more ambivalent about the State of Israel than their older counterparts. [ Source: Times of Israel (Read More…) ]