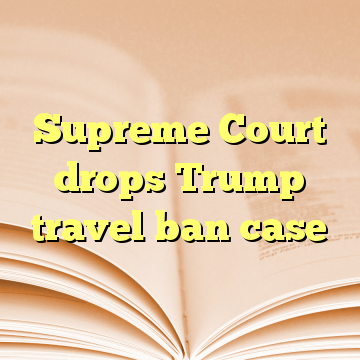 The justices acted on the same day that the 120 period expired.

“Because those provisions of the Order have ‘expired by [their] own terms,’ the appeal no longer presents a ‘live case or controversy,’” the justices said.

The order comes as the Trump administration is expected to announce an updated policy on refugee vetting and admissions later Tuesday. President Trump has already slashed the overall refugee target from 110,000 people in 2017 to 45,000 in 2018.