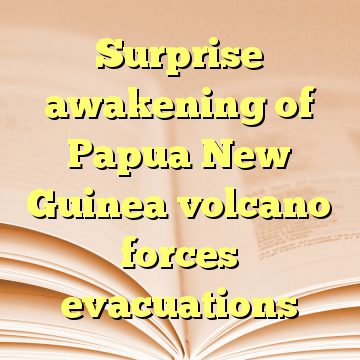 (Worthy News) – An island volcano in Papua New Guinea has begun spewing ash into the air, forcing the evacuation of more than 500 residents, media and non-profit groups have said.

Kadovar Island, a 365 metre tall volcanic island just north-east of PNG, was thought to be dormant until it began erupting on 5 January.