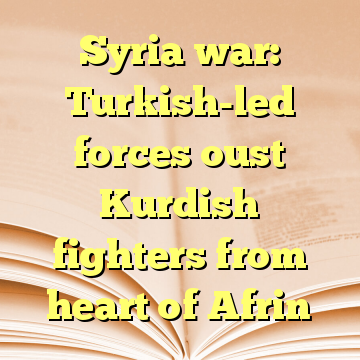 (Worthy News) – Turkish-backed forces have taken full control of the centre of the Syrian-Kurdish city of Afrin.

Fighters waved flags and tore down the statue of a legendary Kurdish figure after claiming the city centre on Sunday.