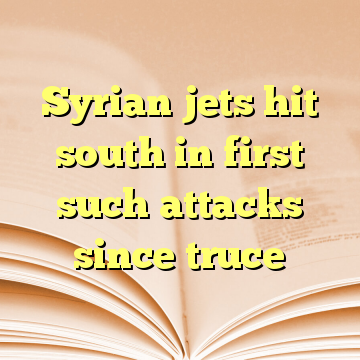 (Worthy News) – Syrian jets struck rebel-held towns in the country’s south on Monday, the first aerial attacks on the area since the United States and Russia brokered a deal making it a “de-escalation zone” last year, rebels and residents said.

The southern area around Deraa province is one of three main parts of the country where large populations are still under the control of rebels opposed to President Bashar Assad, along with a northern area near the Turkish border and the eastern Ghouta region on the outskirts of Damascus. [ Source: Jerusalem Post (Read More…) ]