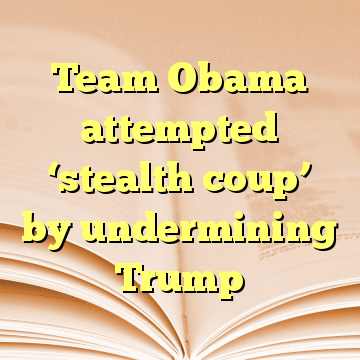 (Worthy News) – From the moment Donald Trump secured the Republican nomination and then the presidency, national security officials under President Obama have shown themselves to be intense adversaries in public and behind the scenes.

Mr. Weissmann made it clear whose side he was on.

“I am so proud,” Mr. Weissmann wrote to Ms. Yates when he was the head of the Obama Justice Department’s criminal fraud division. “And in awe. Thank you so much. All my deepest respect.” [ Source: Washington Times (Read More…) ]