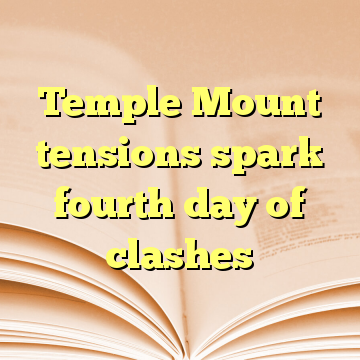 (Worthy News) – Clashes between Muslim protesters and Israeli police erupted Wednesday at one of the entrances to Jerusalem’s Old City for the fourth day in a row over new security measures at the Temple Mount following a recent terror attack.

Around 150-200 worshipers had gathered neared the Lions Gate and performed the afternoon prayer, as part of their protest against the placement of metal detectors at the Temple Mount’s gates.

Following the prayers, a few men remained and shouted chants about the Al-Aqsa Mosque whereupon the police asked them to move. When one man refused, police started to arrest him, and worshipers nearby began to throw water bottles at the officers. Police threw stun grenades, and the crowd dispersed in under a minute. [ Source:Times of Israel (Read More…) ]