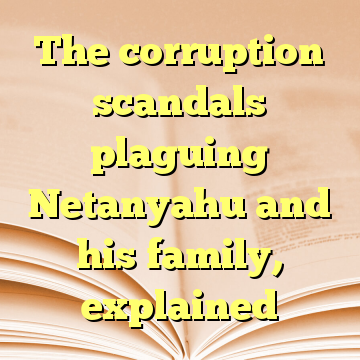 (Worthy News) – Netanyahu appeared to be in increasing peril as of last week, when Ari Harow, his American-born former chief of staff, became a state witness. Despite it all, Netanyahu has remained confident. He has accused the Israeli media of peddling “fake news” about the scandals. On Monday, responding to an article predicting his ouster, Netanyahu tweeted two words: “Won’t happen.”

But will it happen? After winning four Israeli elections, will Netanyahu be done in by his own misdeeds (or is it prosecutorial overreach)? [ Source (Read More…) ]

Editor’s Note: This article does an excellent job of breaking down the dynamics of what Israeli Prime Minister Benjamin Netanyahu is facing.