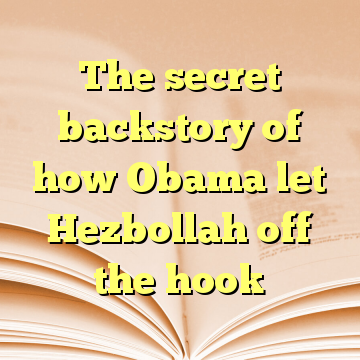 (Worthy News) – In its determination to secure a nuclear deal with Iran, the Obama administration derailed an ambitious law enforcement campaign targeting drug trafficking by the Iranian-backed terrorist group Hezbollah, even as it was funneling cocaine into the United States, according to a POLITICO investigation.

The campaign, dubbed Project Cassandra, was launched in 2008 after the Drug Enforcement Administration amassed evidence that Hezbollah had transformed itself from a Middle East-focused military and political organization into an international crime syndicate that some investigators believed was collecting $1 billion a year from drug and weapons trafficking, money laundering and other criminal activities.

Over the next eight years, agents working out of a top-secret DEA facility in Chantilly, Virginia, used wiretaps, undercover operations and informants to map Hezbollah’s illicit networks, with the help of 30 U.S. and foreign security agencies. [ Source: Politico (Read More…) ]