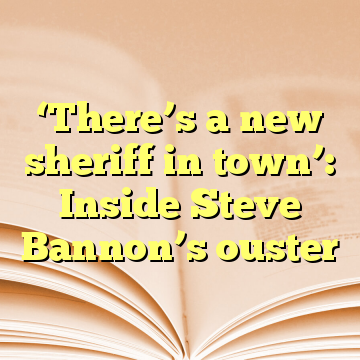 (Worthy News) – President Trump’s decision to remove Steve Bannon, his chief strategist, came after a period of internal and external pressure to part ways with the controversial figure, and it was no coincidence that the move happened just a few weeks into the tenure of chief of staff John Kelly, White House aides and allies said.

Bannon served his last day in the administration on Friday.

Sources inside and outside the White House described Bannon’s ouster as the inevitable result of his enemies’ efforts to dispose of him, a feat that was made easier by the departure last month of his closest ally, former chief of staff Reince Priebus. [ Source (Read More…) ]