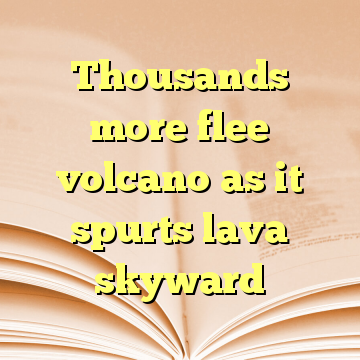 (Worthy News) – Glowing-red lava spurted in a fountain and flowed down the Philippines’ most active volcano on Tuesday in a stunning display of its fury that has sent more than 21,000 villagers fleeing to safety and prompted police to set up checkpoints to stop tourists from getting too close.

The Philippine Institute of Volcanology and Seismology said the lava flowed as much as 1.2 miles from the often cloud-shrouded crater of Mount Mayon, while ash fell on several villages in northeastern Albay province.

Officials strongly advised people not to venture into a danger zone about 3.7 to 4.3 miles around Mayon, including residents who want to check their homes, farms and animals, and tourists seeking a closer view. [ Source: CBS News (Read More…) ]