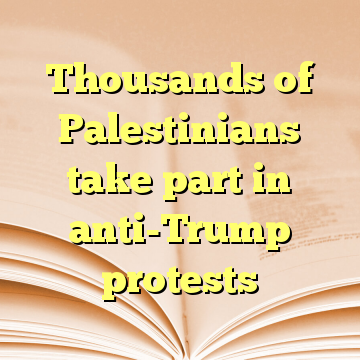 (Worthy News) – Thousands of Palestinians took to the streets of Gaza and the occupied West Bank for the fourth Friday in a row in protests against U.S. President Donald Trump’s recognition of Jerusalem as Israel’s capital.

Palestinian health officials said at least 50 protesters had been wounded by live fire, mostly along the Gaza border. An Israeli military spokeswoman said soldiers had shot at the “main instigators” who she said posed a direct threat to the troops and who were trying to damage the border security fence.