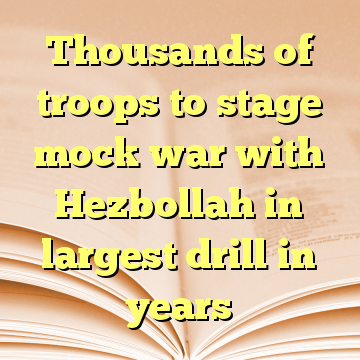 (Worthy News) – Tens of thousands of Israeli soldiers will stage a mock 10-day war against the Hezbollah terrorist group in northern Israel beginning Tuesday, marking the IDF’s largest exercise in nearly 20 years, the army announced Monday, amid tensions over growing Iranian influence in Syria and Lebanon.

The drill, known as “the Light of the Grain,” or “Or Hadagan” in Hebrew, will start at daybreak Tuesday and end on September 14, the military said. The war games will include naval ships, drones, helicopters and fighter jets taking part.