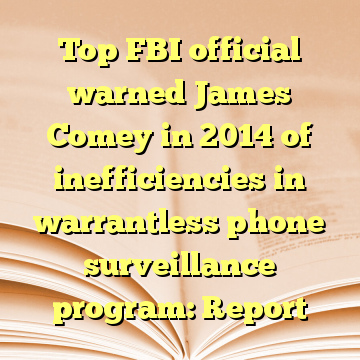 (Worthy News) – A retired FBI official who supervised the bureau’s warrantless phone surveillance program said then-Director James Comey took no action in response to his warnings about the inefficiencies of the program back in 2014.

Retired special agent Bassem Youssef told The Hill that he informed Comey that the FBI’s Section 215 program, which was enacted after the Sept. 11 attacks and allowed the agency to collect telephone records without a warrant, was “woefully ineffective” and needed to be modified.