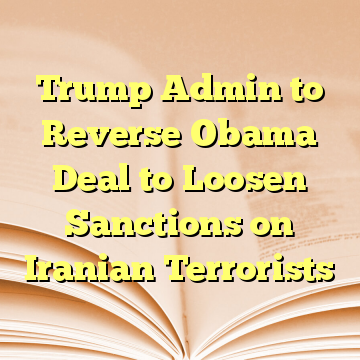 (Worthy News) – U.S. officials are finalizing a new effort to crackdown on Iran’s top terror organization as part of an effort to reverse sweeping sanctions originally granted by the Obama administration as part of a little-known deal to enrich entities tied to the powerful Revolutionary Guard Corps, or IRGC, according to sources familiar with the effort.

In late fall of 2016, the Obama administration loosened prohibitions on doing business with companies tied to the IRGC—which is responsible for the deaths of hundreds of Americans—by publishing new language on what constituted IRGC “control” of these entities.