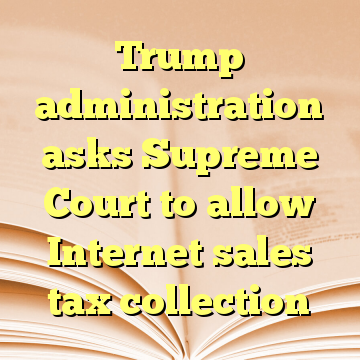 In an amicus brief filed Monday, Solicitor General Noel Francisco asked the court to update its jurisprudence regarding states’ power to collect sales taxes from companies that aren’t physically in the state.

“In light of Internet retailers’ pervasive and continuous virtual presence in the states where their websites are accessible, the states have ample authority to require those retailers to collect state sales taxes owed by their customers,” administration lawyers wrote in their brief. [ Source: Washington Examiner (Read More…) ]