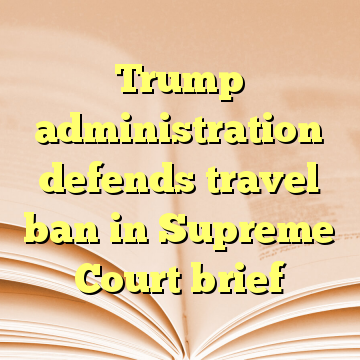 The travel ban barring refugees and people from six Muslim-majority nations was signed as an executive order in March, after an earlier version had to be scrapped in the face of legal challenges.

Two federal appeals courts blocked the revised order from taking effect until the U.S. Supreme Court ruled in June it could move forward on a limited basis.

The nation’s highest court has agreed to hear oral arguments about the lawfulness of the ban on Oct. 10, and the brief laid out the legal position the government plans to make. [ Source (Read More…) ]