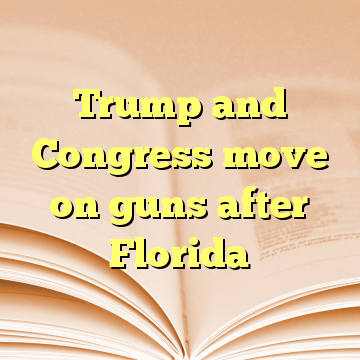 (Worthy News) – Many are hoping Congress will finally move on stalled gun control legislation in the wake of the latest deadly school shooting, but the effort on Capitol Hill still faces the same kinds of hurdles that have made it impossible for decades to pass measures that make significant changes to current gun laws.

The Senate could act soon on a bill that would improve the nation’s background check system used for scrutinizing most firearms purchases, including incentives and penalties to make state government report information that could be used to block gun purchases.

But the Republican-run House is likely to oppose the measure unless it is coupled with language allowing concealed carry permit holders to legally bring their weapons to other states, which is a measure that cannot pass the Senate. The two measures were paired in legislation the House passed in December. [ Source: Washington Examiner (Read More…) ]