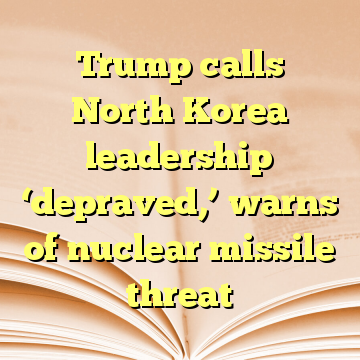 In his first State of the Union speech to the U.S. Congress, Trump’s tough rhetoric underscored persistent tensions despite recent talks between North and South Korea that led to Pyongyang’s agreement to participate in next month’s Winter Olympic games hosted by Seoul.“North Korea’s reckless pursuit of nuclear missiles could very soon threaten our homeland,” Trump said. “We are waging a campaign of maximum pressure to prevent that from ever happening.” [ Source: Reuters (Read More…) ]