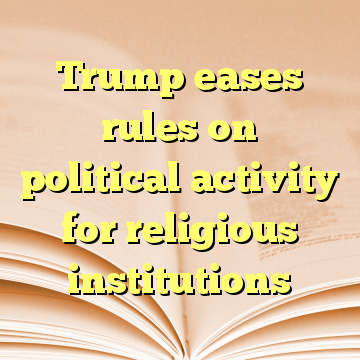 “We are giving our churches their voices back,” Trump said at the White House Rose Garden flanked by religious leaders and White House officials.