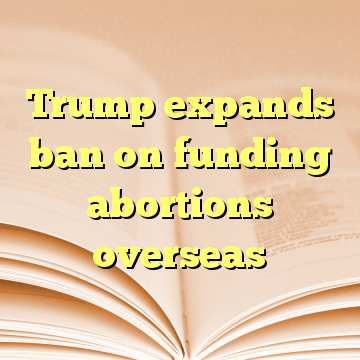 In all, about $8.8 billion in funding could be impacted, far more than the $600,000 covered under the previous version of the ban, which critics call the Global Gag Rule. The expanded policy is being dubbed “Protecting Life in Global Health Assistance.” The officials, who requested anonymity and were not authorized to speak on the record, said the ban would apply to groups working on HIV/AIDS, malaria, maternal and child health, reproductive issues and global health. [ Source ]