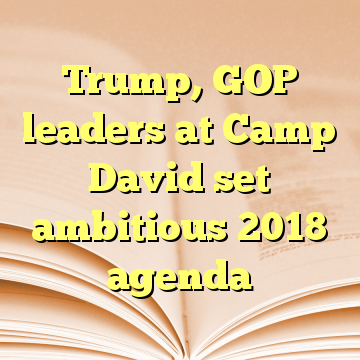 (Worthy News) – President Trump emerged Saturday from a meeting with Congress’ Republican leaders at Camp David and outlined an ambitious legislative agenda for 2018, including the budget, infrastructure, a border wall, immigration and beefing up the military.

He called the agenda setting sessions “great meetings” that had been “transformative in certain ways.”

The president said it would be “hard to top” the accomplishments of his first year in office, but they were going to try. [ Source: Washington Times (Read More…) ]