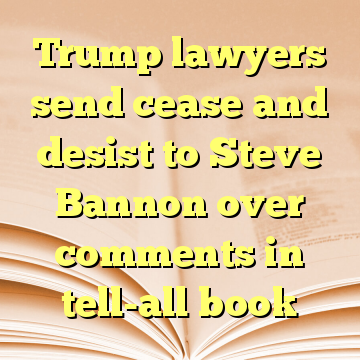 The letter comes after excerpts from a forthcoming book, “Fire and Fury: Inside the Trump White House” by Michael Wolff, were published Wednesday and featured unflattering comments from Bannon about the Trump family.

Bannon along with other staffers in Trump’s campaign had signed nondisclosure agreements requiring them to not make any derogatory comments toward Trump, his family, the campaign, or the Trump Organization. [ Source: Washington Examiner (Read More…) ]