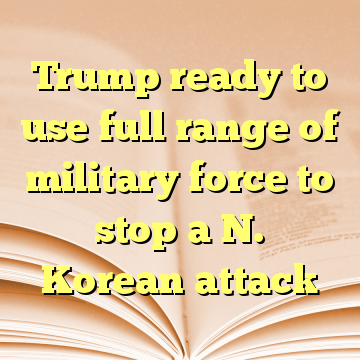 (Worthy News) – US President Donald said on Tuesday that the United States is prepared to use the full range of military force to stop a North Korean attack, but said he was focused on using “all available tools short of military action” to prevent conflict.

The remarks came after the two leaders held formal talks at the presidential Blue House in Seoul, where Moon told Trump he hoped his visit would relieve some of South Koreans’ anxiety over North Korea and serve as a “turning point in resolving the North Korean nuclear issue.” [ Source: Jerusalem Post (Read More…) ]