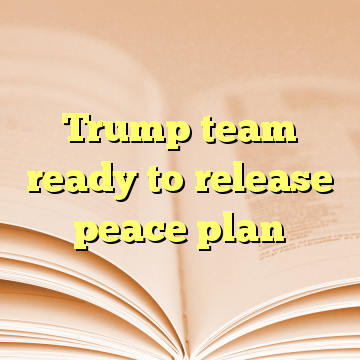 (Worthy News) – The Trump administration is finishing up its Middle East peace plan and intends to make it public soon, The New York Times reported Sunday.

The White House must now figure out how to present the plan so that it is not immediately rejected by the Palestinians, the newspaper reported, citing three unnamed senior administration officials.