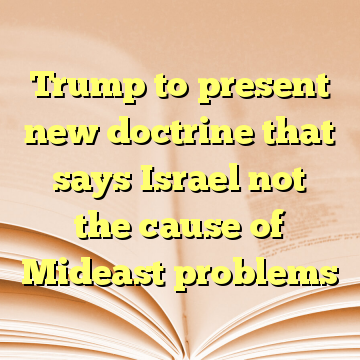 (Worthy News) – Prioritizing national sovereignty over alliances, US President Donald Trump is poised to outline a new national security strategy that envisions nations in a perpetual state of competition and downplays the Israeli-Palestinian conflict’s impact on the broader world order.

The Republican president, who ran on a platform of “America First,” will detail his plan Monday, one that if fully implemented could sharply alter the United States’ relationships with the rest of the world. [ Source: Times of Israel (Read More…) ]