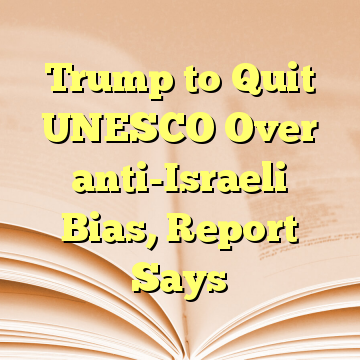 (Worthy News) – The Trump administration is planning to withdraw from UNESCO, the United Nation’s cultural and educational agency, over its bias against Israel, Foreign Policy reported on Thursday.

According to the report, the decision is also tied to the administration’s attempts to cut its funding to the cultural agency, which it owes some $500 million, and could be announced as early as next week.