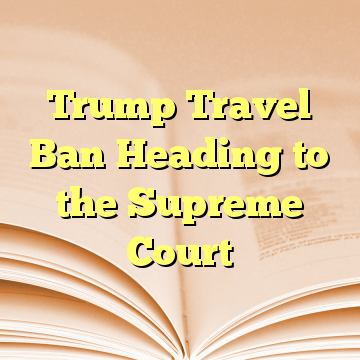 (Worthy News) – Donald Trump’s administration is pledging a Supreme Court showdown over his travel ban after a federal appeals ruled that the ban “drips with religious intolerance, animus and discrimination.”

Citing the president’s duty to protect the country from terrorism, Attorney General Jeff Sessions said Thursday that the Justice Department will ask the high court to review the case, although he offered no timetable.

The Supreme Court is almost certain to step into the case over the presidential executive order issued by Trump that seeks to temporarily cut off visas for people from Iran, Libya, Somalia, Sudan, Syria and Yemen. The justices almost always have the final say when a lower court strikes down a federal law or presidential action. [ Source ]