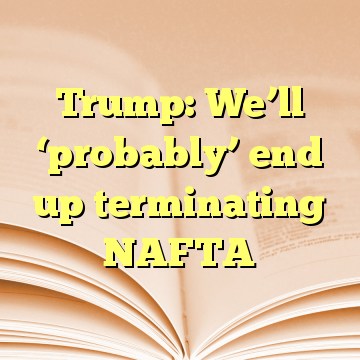 “Personally, I don’t think we can make a deal … I think we’ll end up probably terminating NAFTA at some point,” he said at a rally in Arizona of the efforts to tweak the three-nation deal with Mexico and Canada.

“I personally don’t think you can make a deal without a termination but we’re going to see what happens, OK? You’re in good hands, I can tell you,” he added. [ Source (Read More…) ]