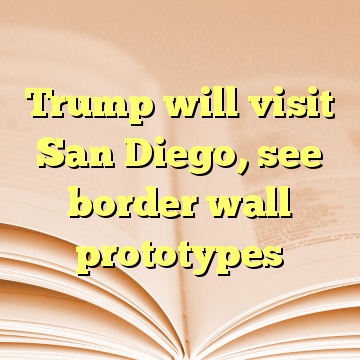 The president, who has rarely crossed the Mississippi River during his first 13 months in office, is scheduled to visit San Diego in mid-March to see prototypes for a potential border wall and learn more about the construction, according to administration officials involved in the planning.

He will also visit Los Angeles to attend a Republican National Committee fundraiser, these people said, one of a number of fundraisers he is expected to headline in the next two months. [ Source: San Diego Union Tribune (Read More…) ]