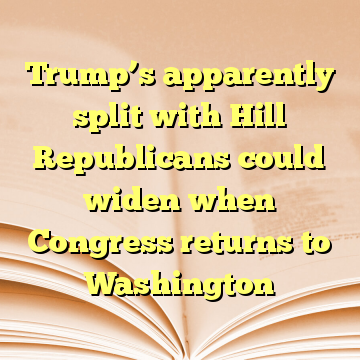 (Worthy News) – The breach will come in September. The breakpoint has been coming for a while now. It’s built over the past few weeks as President Trump browbeat Senate Majority Leader Mitch McConnell, R-Ky.

The schisms grew when GOP Sens. Cory Gardner of Colorado, Marco Rubio of Florida and Ted Cruz of Texas called out the president for his comments about the violence in Charlottesville.

But it will metastasize later this summer over health care payments, government spending, avoiding a federal shutdown and the debt ceiling. [ Source (Read More…) ]